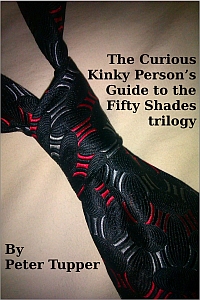 This ebook contains a revised and expanded version of material previously published on historyofbdsm.com.